On my quest for a decent PowerShell development tool I first tried out PowerGUI, but was not very happy with it. When the RTM version of PowerShell 3.0 along with a revamped ISE was released a few days ago, I decided to give it a try. Here is what I found. 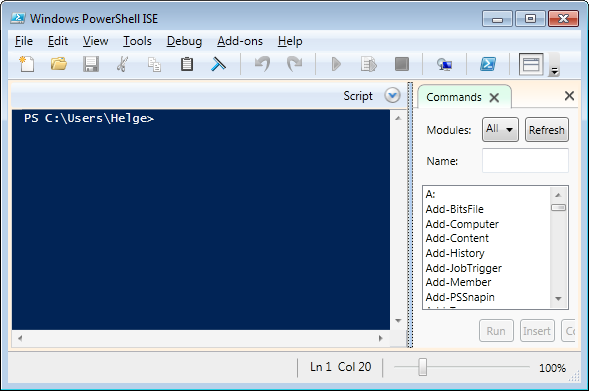 These are just the bigger issues. I did not include many smaller things I found while using PowerShell ISE. Sadly, it did not take me long to find these issues, which makes it likely that with more time more problems can be found.

Given the number and severity of the issues I cannot like PowerShell ISE. I cannot even recommend it wholeheartedly. But, hey, it is free, so what am I complaining about. If it is not enough for you, either go for one of the commercial products or do what I am doing: use Notepad++.

There is more than one way to test the performance of web browsers like Chrome, Firefox, or IE, but regardless of how you do it, you need a consistent workload […]

PowerShell is a popular and extremely versatile tool, but is it a good idea to use PowerShell in logon scripts? Let’s try to find out!

As I found out the (excellent) Egnyte Desktop Sync client for Windows ignores directories that have the system attribute set. For some reason some of the directories I wanted to […]