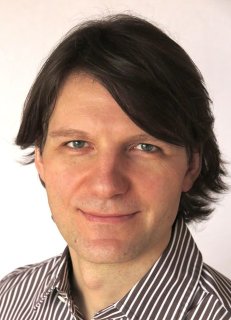 Helge has both consulting and development backgrounds. That combination has been very valuable to him on many occasions.

As a consultant, programming expertise often comes in handy. Writing small scripts to automate tedious tasks is a no-brainer. The ability to quickly develop the perfect tools for complex migration scenarios is a real benefit for the customer. In more than 10 years of working for several large enterprises, he had the ability to hone both his consulting and development skills.

As a developer, consulting experience is a great asset. Helge was the architect of the user profile management product sepagoPROFILE which was acquired by Citrix and whose successor is now known as Citrix Profile Management. Why was sepagoPROFILE so successful? Because the development team’s consulting backgrounds helped them design the product in such a way that it fit neatly into heterogeneous environments, was easy to set up and maintain.

In the early 2000s, when Helge needed a command line program to manage printer permissions and could not find one, he decided to write his own tool for the task, SetACL. He did not stop at printer permissions but wrote a universal tool for automated permission management. Its success speaks for itself – SetACL has been downloaded more than half a million times. Try it, it’s free!

Another very popular tool is Delprof2. When Helge realized that Microsoft did not intend to update its essential Delprof tool for use with Server 2008 Helge stepped in and created Delprof2. It is syntax-compatible with its ancestor but easily more powerful.

Backed by extensive experience in enterprise IT Helge founded his own software company in 2011 with the goal of creating friendly enterprise software: applications that work the way you would expect them to without requiring weeks of training and configuration. Combine that with optional extensive configurability for when things need to be tweaked and really understandable logging to find out what is going on. That is the essence of Helge’s software.

All of these qualities can, of course, be found in vast limits GmbH’s main product, uberAgent, a user experience and application performance monitoring product based on Splunk.

Publishing information, making tools freely available, exchanging ideas: Helge strongly believes we can achieve so much more by collaborating and sharing. He has done that for a long time through his blog, his free tools and by speaking at conferences (e.g. BriForum, Citrix Synergy, E2EVC) and user groups. He co-founded the VCNRW virtualization user group.

In recognition of his community activities Helge received several awards: