This kept us occupied quite a bit: after having worked with HP’s G7 line of servers for a long time, we ordered our first DL380 G8 for use with VDI. According to HP’s documentation the same custom image can (and must be) used when installing ESXi as with the G7. With that information, setting up the G8 sounded like an easy job: provision it via the existing automation mechanism and be done.

At first, everything went smoothly: the server booted from the network, loaded the install files and ran the first phase of the ESXi setup. Then it rebooted from its hard disk and continued with stage 2, happily loading the VMKernel – which displays the yellow screen. When the driver loading phase was over, the trouble started. We got this screen: 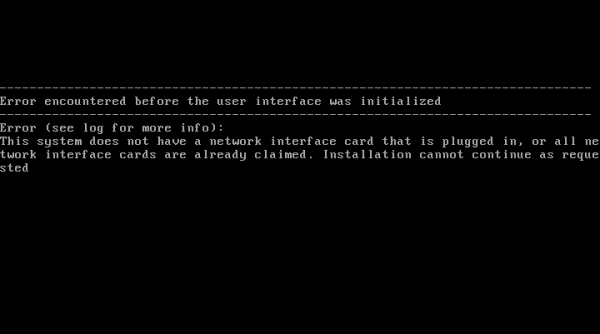 The error message is:

Switching to the log screen with ALT+F12 gave us this: 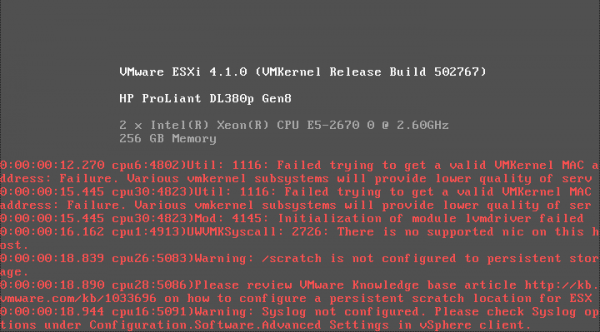 The relevant message is:

The message is nearly funny – the server had just booted from the network.

I will spare you the details of our bug hunt. Suffice to say, it resembled a wild goose chase that even involved HP Support. In the end we found out that it is the boot device order. It works like this: 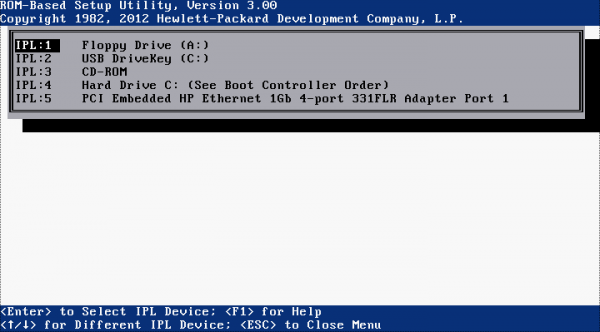 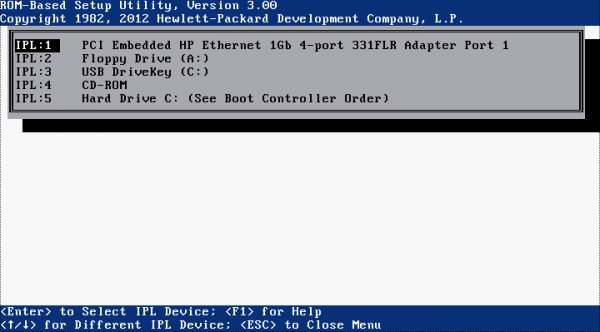 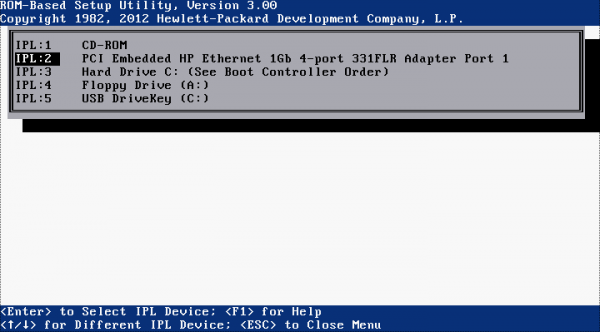 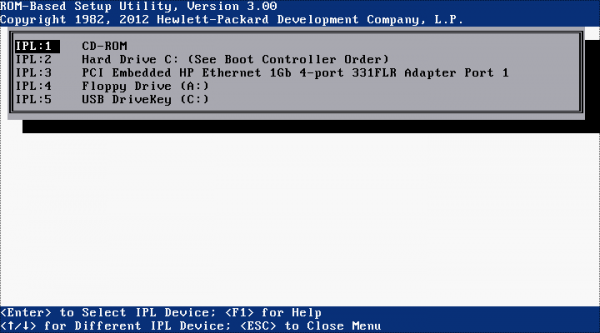 Did you notice a pattern? Sure you did. If the network card is higher up in the boot order than the hard disk, the error occurs.

After we had opened a support call with HP a technician turned up and replaced both mainboard and NIC. After that, the error was gone. Unfortunately he could not say what might have been the cause.

The HotPlug functionality of VMware ESX(i) 4 and 5 has the negative side effect that it is easily possible to “eject” hardware devices from inside the virtual machine, completely removing […]

My last post on VMware VMotion urged several readers to protest, maybe because of its provocative title. What I did was to compare VMware clustering with Microsoft failover clustering. I […] 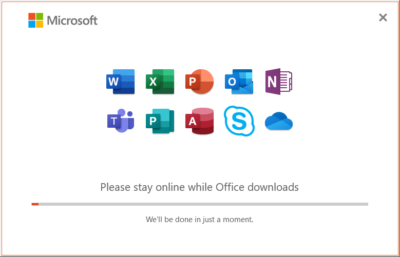 Installing Office 2019 as a Microsoft MPN silver or gold partner is a little more complicated than it used to be. Partner Center has keys but does not directly offer […]