When you move users from a physical PC to a VDI environment you may find that they are not too happy with their new machine’s performance – it happened to me. To quantify things I took a series of measurements comparing the old PCs we migrated away from with both VDI machines and the new PCs available to some.

There is no objective CPU benchmark. Depending on the tool you run you will get widely differing results. For that reason I used four very different benchmarking tools. I chose these four for no other reasons than that they were readily available and different in nature:

Some tools are multi-threaded and take advantage of more than one CPU core while others do not. That is just like in reality. Single-thread performance is still extremely important today, which is why Intel enabled their CPUs to optionally run only one thread at a high speed instead of multiple threads at normal speed (“Turbo Boost”).

All measurements were run twice. The result shown below is the average.

HyperThreading was enabled where available.

The virtualization hosts’ power profile was set to maximum performance. At the default setting (“balanced”) CPU performance is noticeably worse.

We can learn several interesting things from these tests. These conclusions are, of course, only applicable to similar scenarios, so things may be different for you:

VDI vs. old PC: A VDI machine running on Intel’s newest server CPU is not that much faster than a physical PC with a 5.5 year old CPU.

VDI vs. new PC: Even a laptop CPU outperforms the Xeon in nearly all tests. Given that desktop PC CPUs are faster than laptop CPUs it is safe to assume that a VDI machine does not stand a chance against a PC.

Xeon Westmere vs. Sandy Bridge: Probably due to its much higher clock speed the older Westmere-EP CPU performs better in most tests than the newer Sandy Bridge-EP CPU (the fastest Sandy Bridge-EP, the E5-2690, might be on par or even better, though).

When moving power users (aka knowledge workers) from a PC to a VDI machine CPU performance is a topic that needs as much attention as IO performance. In your project, do not rely on benchmarks alone – those are always synthetic and may or may not match what you see in reality – but have real humans test the applications they use in the way they use them. I have seen “harmless” Excel sheets turn out to be massive CPU hogs running for hours or even days. Differences in performance were noticed immediately by the users.

GPU acceleration is en vogue. After slowly but steadily moving out of the 3D niche it has arrived in the mainstream. Today, applications like Microsoft Office leverage the GPU, but […] 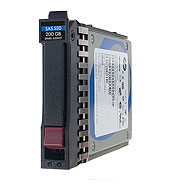