For a new chapter in my ongoing series of talks and articles about browser performance I wanted to examine how key user experience metrics like page load time are dependent on available hardware resources. I prepared a VM and started my tests with a single CPU core and 2 GB of RAM, planning to gradually add more cores, more RAM and, eventually, a GPU. As it turned out, the latter is harder than anticipated.

Virtualizing a GPU – the Options

There seem to be many different ways to equip a VM with a GPU these days, but not all of them make sense for a test environment. Nvidia Grid, specifically, is pretty expensive, given that it requires specific professional GPUs and supported server hardware, unlocked by Grid software licenses.

Another variant that I did not find suitable: GPU-enabled VMs, e.g. from AWS or Azure. The reason being not even cost (I would only have used the VM for a dozen hours or so), but flexibility (I had to be able to change the VM’s hardware configuration).

With Nvidia Grid and a cloud VM out of the way, I was left with the following options. Please note that I was looking for a simple and inexpensive solution.

Let’s take a look at each of these in turn.

RemoteFX GPU virtualization has been available in Windows 10 Client Hyper-V since version 1511. Some docs state that the Enterprise SKU of Windows 10 is required in the guest, but I did not find that to be correct: Pro and Enterprise gave identical results.

No need to care about GPU drivers in the VM: they are part of Hyper-V Integration Services.

With the above steps completed, you will see a virtual GPU in the VM (Microsoft RemoteFX Graphics Device – WDDM): DXDiag seems to be quite happy with it: 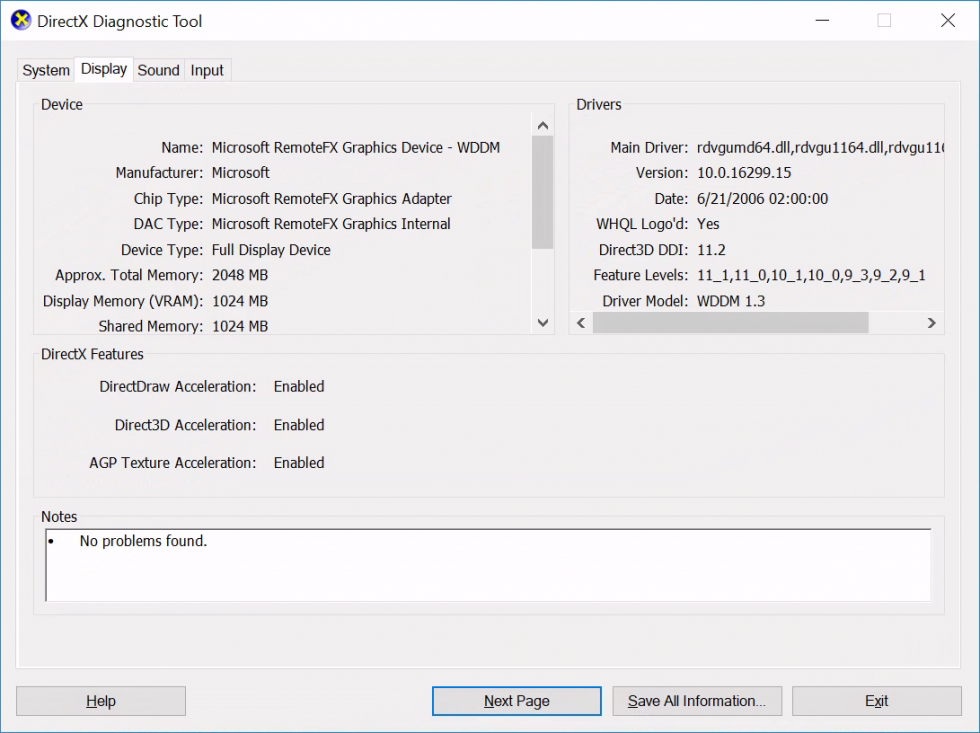 Chrome not so much: 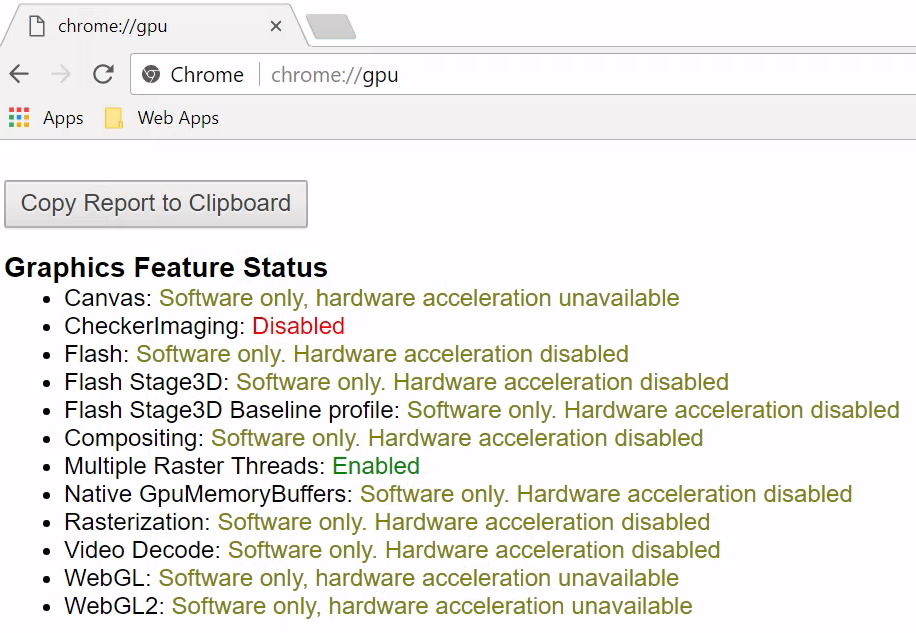 Also, there is no GPU in Task Manager: 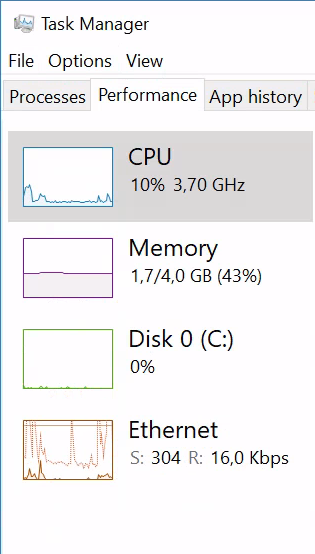 RemoteFX does not map (part of) the physical GPU into the VM. Instead, it virtualizes certain DirectX APIs. That may be enough for some uses cases, but Chrome is looking for something different and consequently sticks to software rendering.

By the way, a good indicator that there is no “real” GPU available in the VM is that you do not need to install GPU vendor drivers.

DDA maps a physical GPU into a VM. While it is documented only for Windows Server I thought it just might work with Windows 10, too.

With DDA, the VM “sees” a real GPU. Therefore vendor drivers need to be installed in the VM.

DDA only works if the host machine’s BIOS supports SR-IOV. In other words, the BIOS must support relinquishing control of the PCI Express bus to the OS. That, unfortunately, is a capability typically only found in server hardware. SR-IOV is not to be confused with VT-d, which is typically found in consumer hardware but which is not to sufficient to make DDA work.

Even if you have a machine that meets the hardware requirements for DDA outlined above, you may run into a problem of a very different nature: Nvidia’s consumer cards cannot be used because of restrictions in the driver. Nvidia’s Grid cards, on the other hand, require software licenses in addition to the professional-grade hardware. Rachel Berry has a good overview of Nvidia Grid licensing.

AMD GPUs (purportedly) do support DDA, but I did not test that.

The first thing you may notice after installing VMware Workstation is that it does not work if Hyper-V is enabled. If you want to keep using Hyper-V your best option is to create a new boot menu entry with Hyper-V disabled. That way you can switch between Hyper-V and VMware Workstation simply by rebooting. From Stack Overflow:

As with RemoteFX, there is no need to care about GPU drivers in the VM: they are part of VMware Tools. This indicates that the concept is similar in nature to RemoteFX.

The virtual GPU you will see in the VM is of the type VMware SVGA 3D: 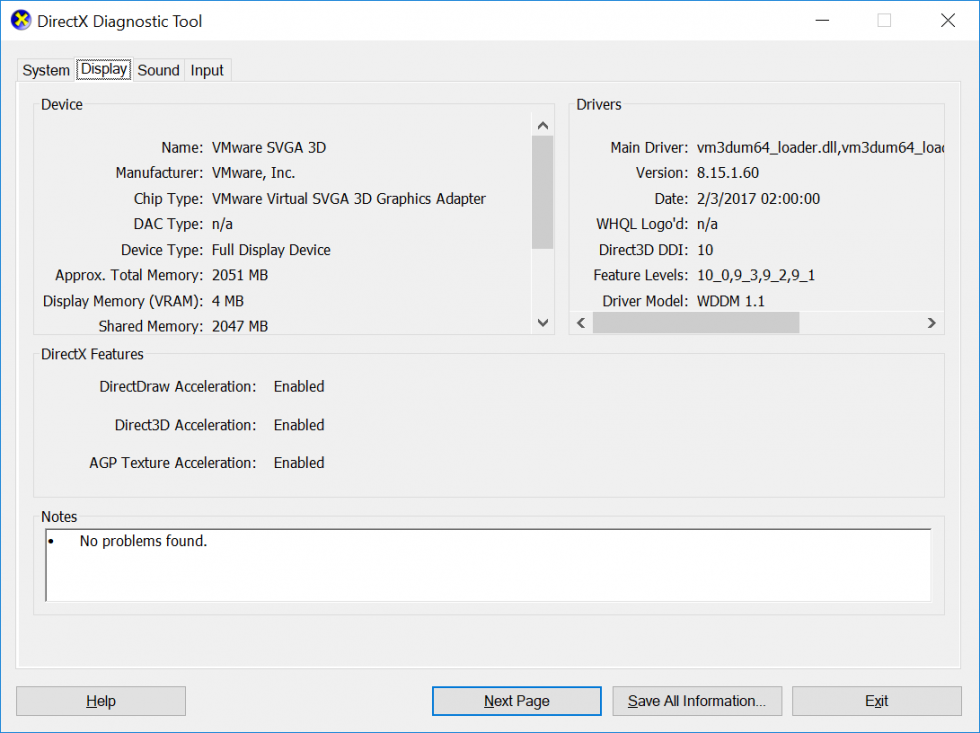 Again, Chrome not so much: 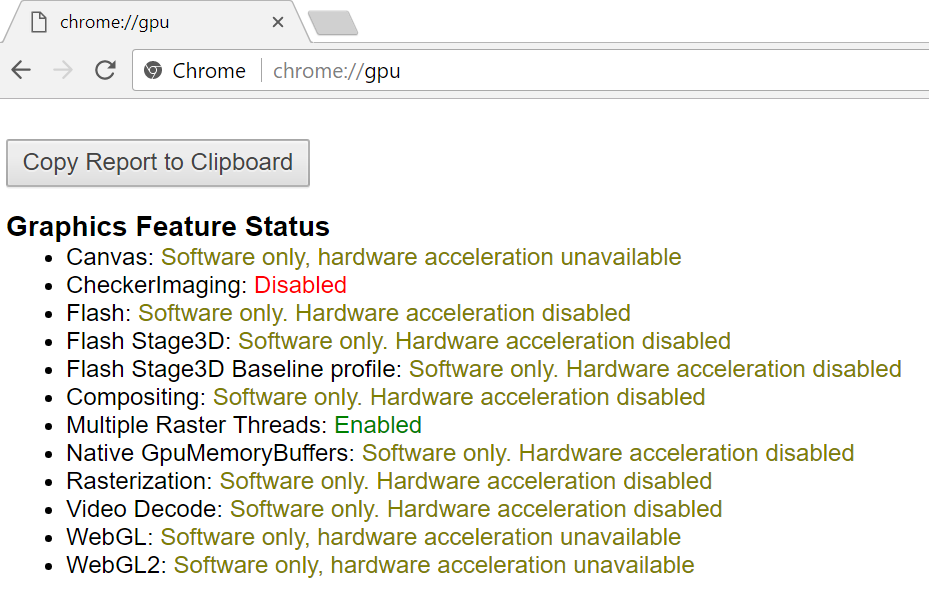 As with RemoteFX, there is no GPU in Task Manager: 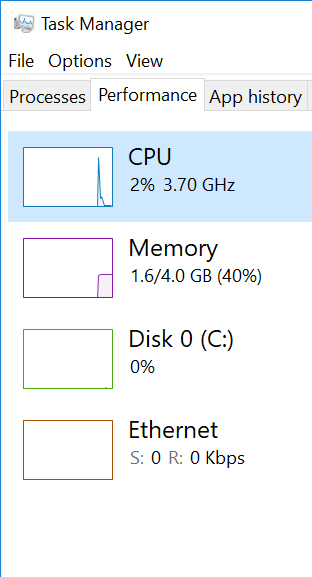 From an application’s point of view, VMware Workstation GPU virtualization is similar to RemoteFX: potentially good enough for some use cases, but there is no “real” GPU in the VM.

GPU virtualization is most definitely not mainstream yet. Currently, server hardware with either AMD or Nvidia Grid GPUs is required. That makes testing unnecessarily difficult and expensive.

Previous Article Is Blockchain the Right Technology for My Application?
Next Article DiskLED is Now Open Source 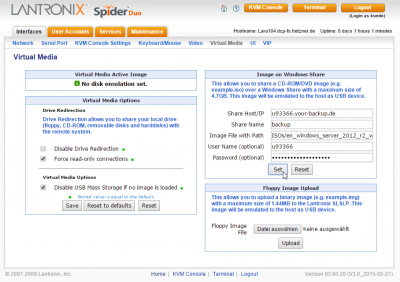