DiskLED is a tool I wrote a while ago that displays performance counter data using an animated system tray icon. It comes with a graphical configuration dialog that lets you choose from all performance counters available on the local system – you can monitor network throughput just as easily as hard disk activity or memory usage. 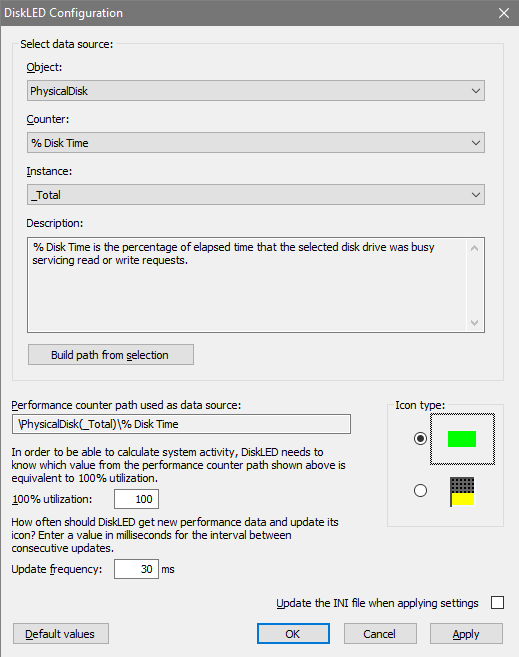 There still seems to be a decent userbase – after all, DiskLED works on Windows 10 just as well as it did on XP. I sometimes get requests for new features or modifications. Unfortunately, I do not have the time for that. But I am more than happy to comply with Brian H’s request to make DiskLED open source.

You can find DiskLED’s source code on GitHub. Have fun!

What do you do when your computer reacts sluggishly to even the simplest commands? You probably look at its hard disk LED to determine if the disk is busy, because […]

Last month SetACL reached the magic number of 500,000 downloads. That is a lot, especially for a command-line tool which is focused on a very specific aspect of system administration. […]