Executable files can (and should be!) digitally signed. Without a digital signature you can never be sure the files on your hard disk have not been tampered with. There is really no exception to this rule, except maybe smaller open source projects that lack the budget to buy the digital certificate required for signing. Digitally signing executable files is so important that Microsoft made it a requirement in the Windows 7 Logo Program. One might think that such a simple yet important thing as signed executables can be taken for granted by now. Well, let’s have a look!

I have written a simple batch script that scans a given directory tree for files of a certain type and checks each matching file for a valid digital signature. The script can be downloaded, but here it is in all its beauty:

On the machine I am writing this, the script found 702 unsigned DLLs in the 32-bit program files folder alone. 702!! And most of them not by some open source project but by Microsoft, Citrix, VMWare, Adobe, Sun (Java)… Of course, I have the latest versions installed, so the lack of signatures is not due to me using dated software written in the stone age of computing.

What does my spot check tell us? Security does not seem to be taken seriously enough even by the largest software manufacturers. But unless every executable file is signed, policies blocking unsigned files cannot be put into effect. It looks like it might take some more years before digital signatures can be a truly powerful tool.

The following file types are considered executable files in the Windows 7 Logo Technical Requirements document: EXE, DLL, OCX, SYS, CPL, DRV, SCR. The document states that all executables must be signed with an Authenticode certificate, but leaves a loophole:

“Waivers will be considered only for unsigned third-party redistributables. A proof of communication to request a signed version of the redistributable(s) is required for this waiver to be granted.“

Previous Article Is VMware Clustering / VMotion Complex Compared to Microsoft Failover Clustering?
Next Article Tales from the Crypt - EFS and the Upgrade to Windows 7 RC

There is more than one way to test the performance of web browsers like Chrome, Firefox, or IE, but regardless of how you do it, you need a consistent workload […] 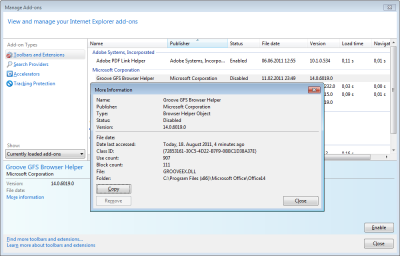 Managing Internet Explorer via group policy is a daunting task. Hundreds of policies are available to control the browser’s user interface, security settings and much more. This article lists strategies […]