This article describes how to build a fast workstation PC that is almost completely silent (actually the fastest possible in terms of single-thread performance). It is based on a PC build published by German c’t magazine.

Why Single-Thread Performance is (Nearly) the Only Thing That Matters

There are many ways to evaluate CPU performance, but it basically boils down to a simple question: am I interested in single-thread or multi-thread performance?

The latter obviously yields a higher number and many benchmarks focus on the aggregate performance of all the cores in the CPU combined. But in a single-user machine multi-thread performance only rarely matters. The vast majority of software uses but a single thread (aka CPU core) for any significant calculations. That means in practice: if you want things to be done quickly, you need a CPU that has a high single-thread performance.

Multi-thread performance, while probably overrated, is not unimportant. There are quite a few applications out there that do use multiple threads at least part of the time to speed things up.

With the above in mind, we can define our ideal CPU: the highest possible single-thread performance with good multi-thread performance. As it turns out, that CPU is currently Intel’s i7-8700K. No other x86 CPU matches its single-core speed, and with six cores total it is a more than decent multi-core contender, too.

Once I knew I wanted the i7-8700K I went to look for ways to run it at next to zero decibels. This is where c’t magazine comes in, probably the world’s only truly fantastic computer magazine left. c’t regularly publishes PC builds that focus on low noise emissions and energy efficiency. One of the best aspects of their builds is that they ignore unnecessarily complex techniques like water cooling or insulation, opting for noise reduction at the source instead. They basically put the fans in the right place of the chassis and test the hell out of the components to make sure none of them emit any unwanted noise.

Based on their suggestions I assembled the following components for my workstation PC build:

A “gaming” mainboard would not have been my natural choice. Neither do I really need a dedicated GPU. Unfortunately, none of the currently available mainboards for Intel’s 8th generation (Coffee Lake) CPUs are equipped with two DisplayPorts. As we will see below, this choice of mainboard and GPU negatively affects power consumption.

Update 2018-08-24: with the Fujitsu D3643-H there is now a board available that offers two version 1.2 DisplayPorts (up to 4K resolution at 60 Hz). As with most Fujitsu mainboards, the D3643-H is optimized for low power consumption and high reliability.

If you need Wi-Fi and Bluetooth, I can recommend the Asus PCIe network adapter AC2100 (PCE-AC58BT). It works out of the box without the need to install anything from the CD (!) I found in the box. Just connect the external antenna (excellent signal strength!) and the internal USB cable (required for Bluetooth).

If you need Bluetooth only (without Wi-Fi), take a look at the Hama Bluetooth USB adapter 4.0 + EDR.

The actual build is pretty straightforward. However, you should move the front fan (which is basically useless where it is located) to the back of the case’s top, so that the heat is blown out to the top as well as to the back (by the second preinstalled fan). The case’s top plastic cover can easily be shortened with a saw so that it does not cover the new top-blowing fan.

Here is a view from an intermediate stage before the mainboard was put in the case: 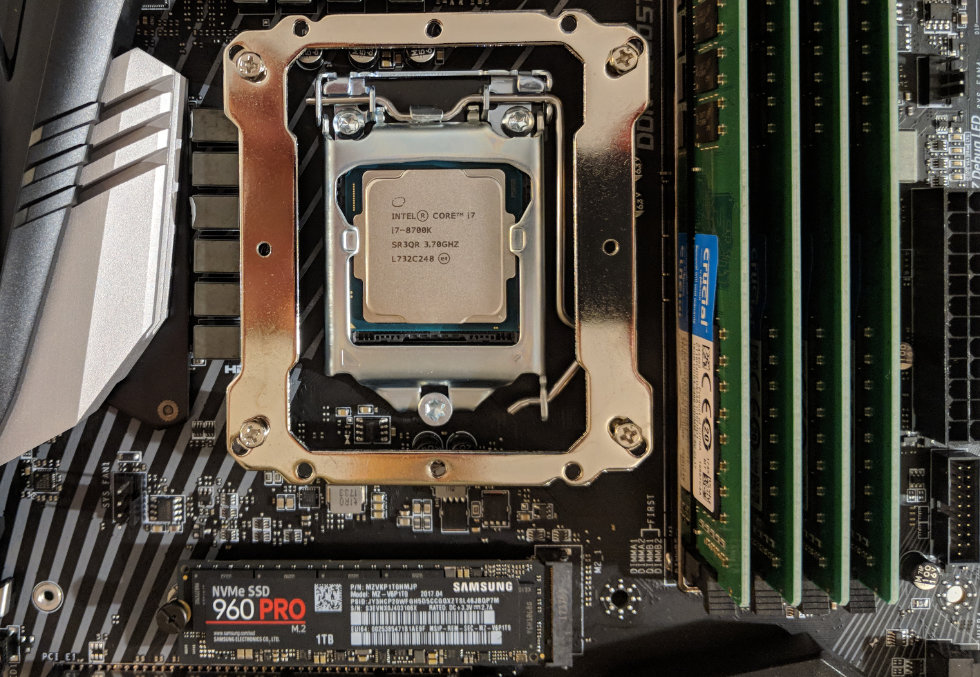 First of all, update the BIOS to the latest version, then load the defaults. With that in place, configure the following settings:

A modern PC’s power consumption is highly volatile, changing many times per second depending on the workload. The most important value, however, is idle power consumption, because no matter how furiously you work, your machine will be idling a large part of the time. 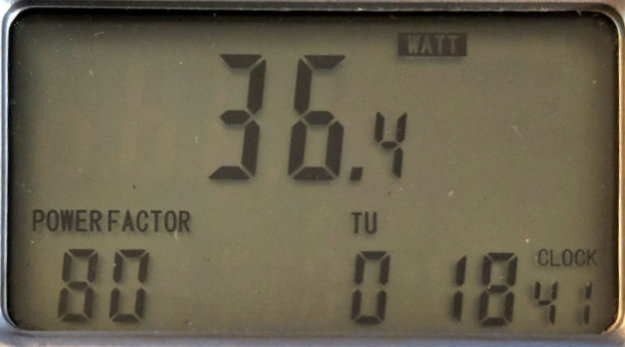 I blame Intel’s Z370 chipset, the only chipset currently available for Intel’s 8th generation (Coffee Lake) CPUs. According to other people’s measurements, the GPU consumes a bit less than 10 Watts when idle. Interestingly, it does not matter whether you connect one or two (4K) displays to the GPU. There is not even a significant change in power consumption if you connect a single display to the mainboard’s Intel graphics instead.

One caveat to be aware of: in sleep mode, the system consumes 12.6 Watts, which is about 12 Watts more than it should. This is the case even with the ErP Ready BIOS setting enabled, which is supposed to make the system conform to the EU’s environmental regulations. I worked around this inefficiency by configuring Windows to hibernate when the power button is pressed instead of sleeping. During hibernation, the system only consumes 0.2 Watts.

I do not have the equipment to measure noise emissions, but I can say that the machine is nearly completely silent. Only when there is no ambient noise at all can a very unobtrusive mid-frequency ventilator humming be heard. This does not even change during prolonged periods of high load.

There are many different ways to measure CPU performance. I find Cinebench to be a useful indicator. It has both single-core and multi-core benchmarks. The single-core result of 203 is even slightly higher than expected. The multi-core result of 1414 is only surpassed by some of AMD’s Ryzen CPUs and by Intel’s expensive i9 processors.

I had initially run Cinebench before any Meltdown/Spectre OS and firmware patches. Once the machine was fully patched and the BIOS firmware updated, and I had verified that the patches fully mitigated the threats, I ran Cinebench again. Encouragingly, the Meltdown/Spectre mitigation did not affect the Cinebench performance at all. The multi-core benchmark result was even 3% higher.

Previous Article Hyper-V Backup - Products & Options
Next Article Is Blockchain the Right Technology for My Application?

All the hype around Apple must have something to do with the quality of their products, it cannot be clever marketing and cool design alone. Example: Power Consumption This weekend […] 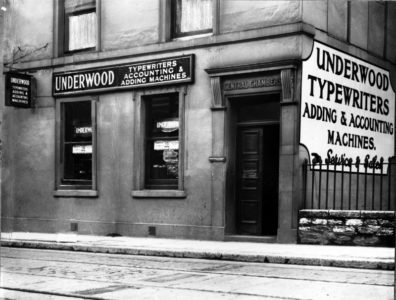 I am a mechanical keyboard aficionado. I guess this started in the late ’90s when I typed on a Cherry G80-3000-LSMDE for the first time. The low force required to […] 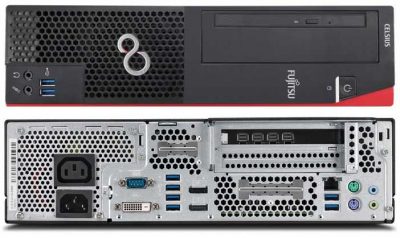 When it comes to selecting a general-purpose workstation I tend to be looking for the impossible: high performance, superb reliability, quiet operation, moderate price. Amazingly, there exists at least one […]