My Take on ChromeOS? It will be Successful when End Users can Manage their Photos and Music in the Cloud

ChromeOS is built on a new paradigm: data is stored in the cloud. Wow, “cloud”. Cool term. But, err, what does it mean? For an end user, the answer is simple: applications and data are stored online on some server. But do end users really care about that? I suspect they do not. They care about services and accessibility. They want their stuff (e-mails, photos, music, …) anywhere – and they want it easy. From here on it gets complicated for us technicians.

Let us dissect those last two words. “Easy” is simple to solve – somewhat. It “simply” requires online apps to work well enough for the average end user. Partly solved even today. OK, so let us move on to “anywhere”. That is the big gotcha. Browser-based apps are great as long as you have a fast internet connection. As much as we geeks take that for granted, there are large gaps in broadband internet coverage – both for travelling people as well as for people living in smaller villages in the country (at least in Germany). And that only applies to the current definition of broadband. If you really want to be able to manage your photo/video/music collection in the cloud, you need a really fast connection, meaning 100 MBit/s in both directions. And that is, at the moment, science fiction, at least where I live.

So what does all this boil down to? An all-online OS is an interesting concept, but only for niche markets (netbooks with WLAN and UMTS?) – today. Anyone remember the 90s and Sun/Oracle announcing the Network Computer aka JavaStation? But then, maybe Google has timed its advance better… 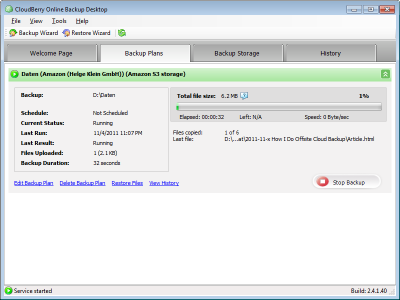