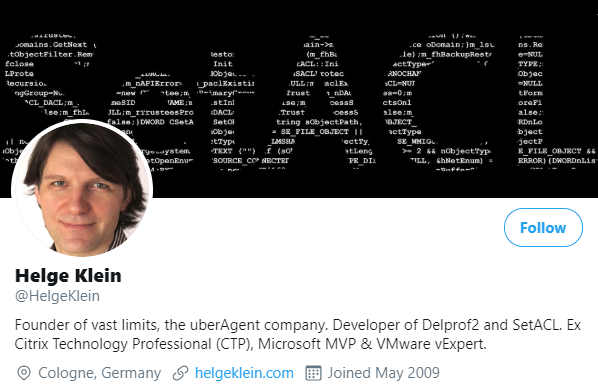 I have been on Twitter for more than 11 years. If I remember correctly, Brian Madden – whose website was extremely popular in the Citrix community at the time – had urged people to join Twitter a little earlier. I responded to Brian’s call and quickly realized that Twitter was a great platform that allows people with a common interest to identify each other and communicate. In my case, that interest was end-user computing, of course, the products and technologies from companies like Citrix or Microsoft. After joining Twitter, at conferences, many of the names were known to me, and sometimes I to them. Getting into contact was so much easier. The major difficulty was recognizing someone from their Twitter profile picture (something we often joked about).

People follow you for a topic – or because you’re famous.

Over the years I increased my follower count to nearly 5,200. That is far from being influential, but it did allow me to learn a thing or two along the way. Here are the different ways to gain followers, as I understand them, in no particular order.

This is a pretty lame tactic that nevertheless worked well in the early days of Twitter. Follow thousands of others in the hope that they will follow you in turn. Some will do that, even today. Yikes.

Public speaking at user groups or conferences is a great way to make a name for yourself. People will follow you much more readily if they already know your name; a small percentage of the audience might do so on the spot if they like what they are seeing and hearing.

Replying to a tweet with meaningful additional information or an intelligent question is a certain way to get noticed by the original author – if they have less than 20-50k followers. If they have more they get so many replies that yours most likely won’t stand out.

Twitter is a fantastic platform to share what you’re publishing on your blog. Before Twitter, people used RSS readers to keep track of what was going on. Now they use Twitter and other social media. A solid way to build an audience is to regularly post new stuff on your site and tweet about it.

This is yet another variant of the “make a name for yourself” theme. Find your voice, stick to a theme, and go. Countless Twitter accounts do just that. If your content is really good, you will get followers.

How Focused Should Your Tweets Be?

Once you’ve found your rhythm on Twitter using either one of the strategies outlined above, a mix of them, or even some cool whiz thing I am not even aware of, you’ll get to the question of focus. Once in a while, you’ll be tempted to tweet about a subject that is different from your main theme, the topic for which people follow you. This raises the question this article is about: should you mix personal and professional interests?

If your primary language is not English, there is another angle: should you sprinkle your English timeline with the occasional non-English tweet?

To answer these questions, I looked at the accounts I follow.

Before I click that “Follow” button on an account that looks promising, I make very sure that the author is worth my attention. I look at their timeline, checking whether most of their tweets are interesting to me. That boils down to two things:

The above should have made it clear: I am not a big fan of mixed-topic accounts. I follow people/accounts for a reason and I want them to stick to their chosen topic.

Once I had separated my personal from my professional interests I realized there is an additional benefit: being able to switch from work (IT) mode to personal time much more easily. I found that during the day I mostly look at my professional account’s timeline while in the evenings I’m rather reading the tweets on the personal account.

By the way, in case you’re interested, my new personal account is @HelgesWelt. Expect mostly German content that only occasionally touches IT. You have been warned. 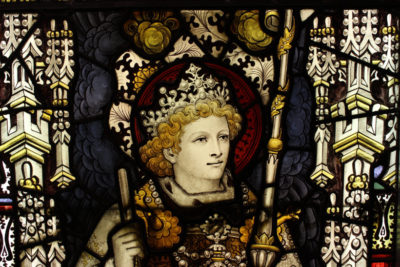 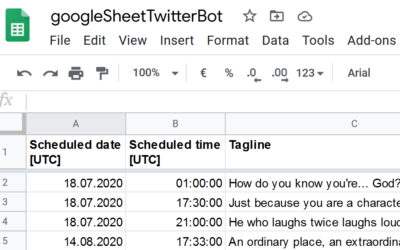 This article explains how to set up a Twitter bot in a Google Sheets spreadsheet. It provides an easy way to efficiently schedule a large number of tweets in a […]