This is the first in a small series of articles about AppLocker, a technology built into Windows that enables administrators to audit and optionally block application execution.

Domain controllers must be running at least Windows Server 2003.

The Application Identity service must be running or configuration changes cannot be processed. Contrary to popular belief the service is not required for rule enforcement – stopping it does not unblock restricted applications.

AppLocker monitors and/or controls the execution of the following types of files:

What It Does Not Do

AppLocker does not audit or control the execution of:

AppLocker can operate in auditing mode, enforcement mode or switched off completely. The mode of operation is configured for each file type individually. It is therefore easily possible to audit scripts, enforce applications and leave installers and DLLs alone. 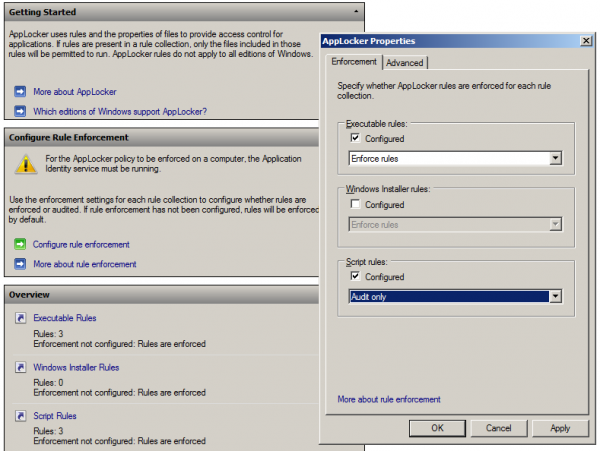 Similar to a firewall, AppLocker works with rules that control whether to log, permit or deny an operation. Rules apply to users or groups, not computers. This makes it possible to differentiate between restricted standard users and unrestricted power users, for example.

James Forshaw has started a nice series of articles about the internals of AppLocker:

Previous Article HowTo: ReACLing a File Server in a Domain Migration with SetACL 3.0
Next Article Finding and Removing Orphaned SIDs in File Permissions, or: Busting the Ghosts Built Into Windows 7 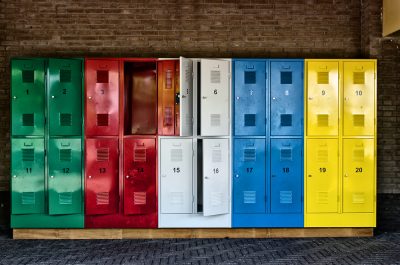 This article is part of my small series about AppLocker, a technology built into Windows that enables administrators to audit and optionally block application execution. 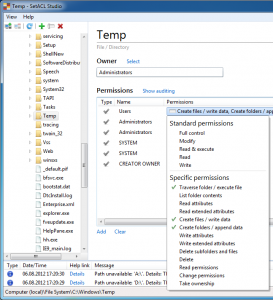 This article is part of my small series about AppLocker, a technology built into Windows that enables administrators to audit and optionally block application execution.

This article presents two different detection types for insecure filesystem permissions on Windows endpoints: scanning for directories that are user-writable, and detecting processes that are started from user-writeable directories.