If you get weird errors in Visual Studio that basically state files like Windows.h cannot be found, the reason may be a missing or incorrect WindowsSdkDir variable.

In my case, working with Visual Studio 2008 SP1 (32 bit) on Windows 7 x64 (64 bit) everything was fine until I installed the Windows 7 SDK. After that, no SDK files could be found any more and nothing would compile. Uninstalling the SDK (which I did not really need anyway – I had installed it only to get at XPerf) did not help. After some research, I found out that the Visual Studio internal variable WindowsSdkDir (which is not an environment variable) was missing from the registry. After adding the following, everything worked like a charm again:

Depending on your configuration you might have to set the variable in the user profile instead:

Previous Article Syntax Highlighting PowerShell Code in HTML - With a PowerShell Script
Next Article Are Mandatory User Profiles Deleted at Logoff - or Cached? 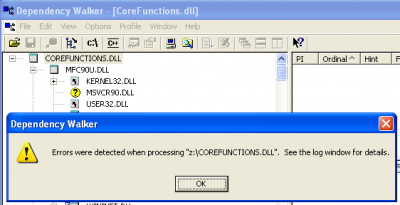 Let’s assume you have a C# project in Visual Studio. In that project, you reference an assembly (DLL) created by another of your projects. Because both projects are in active […]

This is a quick and dirty description of how to use radio buttons in MFC, written because I could not find this information in a single place on the web. […] 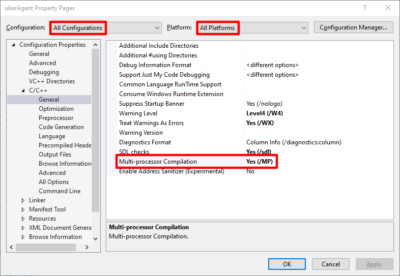 Building larger solutions in Visual Studio can be tediously slow. Part of the reason is that the compiler does not make use of multiple CPU cores well. This article shows […]