// Helge: source for this technique: https://css-tricks.com/how-to-load-fonts-in-a-way-that-fights-fout-and-makes-lighthouse-happy/
by Helge Klein on April 22, 2010, in

This is a summary of my experience with Active Setup combined with what I could find on the internet. The information applies to older and current versions of Windows, up to and including Windows 7, Windows 10, Server 2016, Server 2019.

What is Active Setup and How Does it Work?

Active Setup is a mechanism for executing commands once per user early during logon. Active Setup is used by some operating system components like Internet Explorer to set up an initial configuration for new users logging on for the first time. Active Setup is also used in some corporation’s software distribution systems to create an initial customized user environment. To understand why such a mechanism is necessary we need to take a step back.

Application programs use two different types of data: machine-specific data like the files in the installation directory, and user-specific data like the information which document a user last edited with the application. Installing machine-specific data is simple: just copy it to C:\Program Files and HKEY_LOCAL_MACHINE and you are done. But how to get an initial user configuration into a user profile? Writing into the profile of the user doing the install does not help because we need the initial configuration for all users logging on to the system.

One solution to this problem is Active Setup. It uses both machine-specific data and user-specific data. The machine part consists of a list of components identified by a GUID each. The user part is basically a mirror of the machine data, but, and this is the key point, it does not exist in new user profiles. Whenever a user logs on, Active Setup checks if each machine part component GUID is present in the user part. If not, the component’s command is executed and the component’s GUID is stored in the user part. If it is, the current user profile has already been initialized and no further action is required.

When is Active Setup Executed?

Active Setup runs before the Desktop appears. Commands started by Active Setup run synchronously, blocking the logon while they are executing. Active Setup is executed before any Run or RunOnce registry entries are evaluated.

You can manually trigger Active Setup by executing the following command within the session, e.g. from a logon script:

This is the root key containing all things Active Setup. The keys and values mentioned below are all located below this root key.

A duplicate of this machine key exists in the user profile: HKEY_CURRENT_USER\SOFTWARE\Microsoft\Active Setup\Installed Components. In this article I call the HKCU Active Setup key “user part”.

Creating Your Own Active Setup Component

This is really simple. Let us unrealistically assume you need to start notepad once per user. This is what that would look like:

All you need are two simple registry values below your own Active Setup component key:

As you can see, I used a not so arbitrary component name (“Helge”) in place of a GUID. I set the default value to a string I would like displayed while my component’s command executes (“Helge’s Active Setup Component”). And finally I set the command line executed by Active Setup: “notepad” just starts the Windows editor, of course.

Things You Should Know

Active Setup employs neither a timeout nor any other mechanism to determine if a StubPath process it started is still alive. That means it is very easy to shoot yourself in the foot: if a process started by Active Setup hangs, Active Setup hangs, too, and there is typically no easy way to remedy the situation, except flipping the big red power switch.

Get Rid of Active Setup 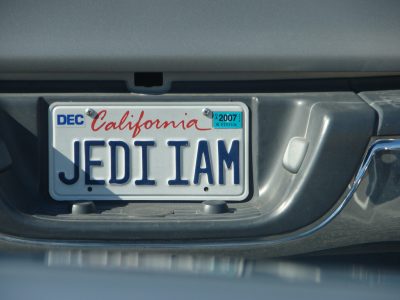 Are you still using Active Setup to distribute per-user files or registry values? If so, stop! There are better ways to manage initial user settings.