This is a quick post on how to troubleshoot situations where you get error 2503 (Called RunScript when not marked in progress) followed by error 2502 (Called InstallFinalize when no install in progress) when trying to install or uninstall software with Windows Installer.

When you try to install or uninstall an MSI package (thus invoking Windows Installer), you get two errors in the following order:

When you search for Windows Installer (MSI) errors 2503 and 2502, you find many articles that mention file system permission issues as the cause. To figure out where exactly permissions could be missing, I created a Process Monitor trace of the system activity and filtered for msiexec.exe errors. This is what I got:

In my case, I believe the root cause was an issue with the MSI package, which needs to be fixed by the software vendor that authored it. There are, however, workarounds:

Don’t rely on the installer to elevate at the right point in time. Start the installer with elevated rights yourself, e.g., from an elevated command prompt.

Temporarily assign write permissions to C:\Windows\Temp. This is easy with my free tool SetACL Studio.

Tip: don’t modify an existing ACE (permissions entry), e.g., for the group Users. Instead, add a new ACE for your user account. This makes it easier to reverse your changes afterwards.

How to Troubleshoot Failed MSI Installs 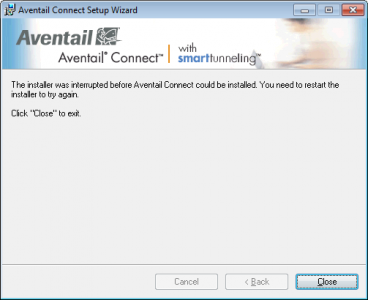 I was given the Aventail VPN client software to install on a customer’s Windows 7 x64 computer. That failed miserably. Here is what I did to find the root cause […]